The Breakers at Lookout Farm 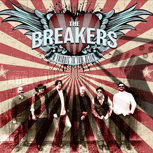 TCAN presents THE BREAKERS live and in concert, outdoors at Lookout Farm in South Natick, MA.

Seating is available for groups of up to three patrons (small table) and groups of up to six (large tables). Limit ONE table. Due to COVID-19 restrictions, patrons must remain seated for the event. No standing permitted, no roaming between tables permitted. Parties with all guests present ONLY will be admitted and ushered to the best available table location.

The country’s premier Tom Petty & the Heartbreakers tribute band, The Breakers was established to let the fans of the late great Tom Petty continue to enjoy the live experience of TP & the HB’s. No other Tom Petty tribute band comes close to capturing the sound and emotions of Tom’s songs. Unlike the vast amount of Tom Petty tributes who substitute visual mimicry for sound, The Breakers encompass the true unmistakable sound and execution of Tom Petty & the Heartbreakers.

Founder Tom Smith says “we wanted to approach the tribute genre as a true live band, and in (lead vocalist) Chris Chartier we have what no one else has – the most genuine sounding Petty experience in the country.” The members of the Breakers all come from a background of recording and touring with original bands and perform the music of The Heartbreakers with the same passion and dedication. They have paid tireless attention to detail to each and every song which appeals to both casual and diehard Tom Petty fans alike. Since the fall of 2018 when Tom Smith, Chris Chartier, Evan Smith, Rick Hiller, Tom Booth and Steve George joined forces, they have been practicing and honing their sound. If you want to experience Tom Petty & the Heartbreakers music there’s only one band that can deliver that sound authentically…The Breakers.

The Belkin Family Lookout Farm in Natick, established in 1651, is one of the oldest continuously working farms in America. Sited on 180 scenic acres, patrons will be seated at spaciously distanced picnic tables that are sanitized between use. Guests can enjoy farm-crafted beer, hard cider, and New England cuisine while enjoying a live concert by Carbon Leaf.