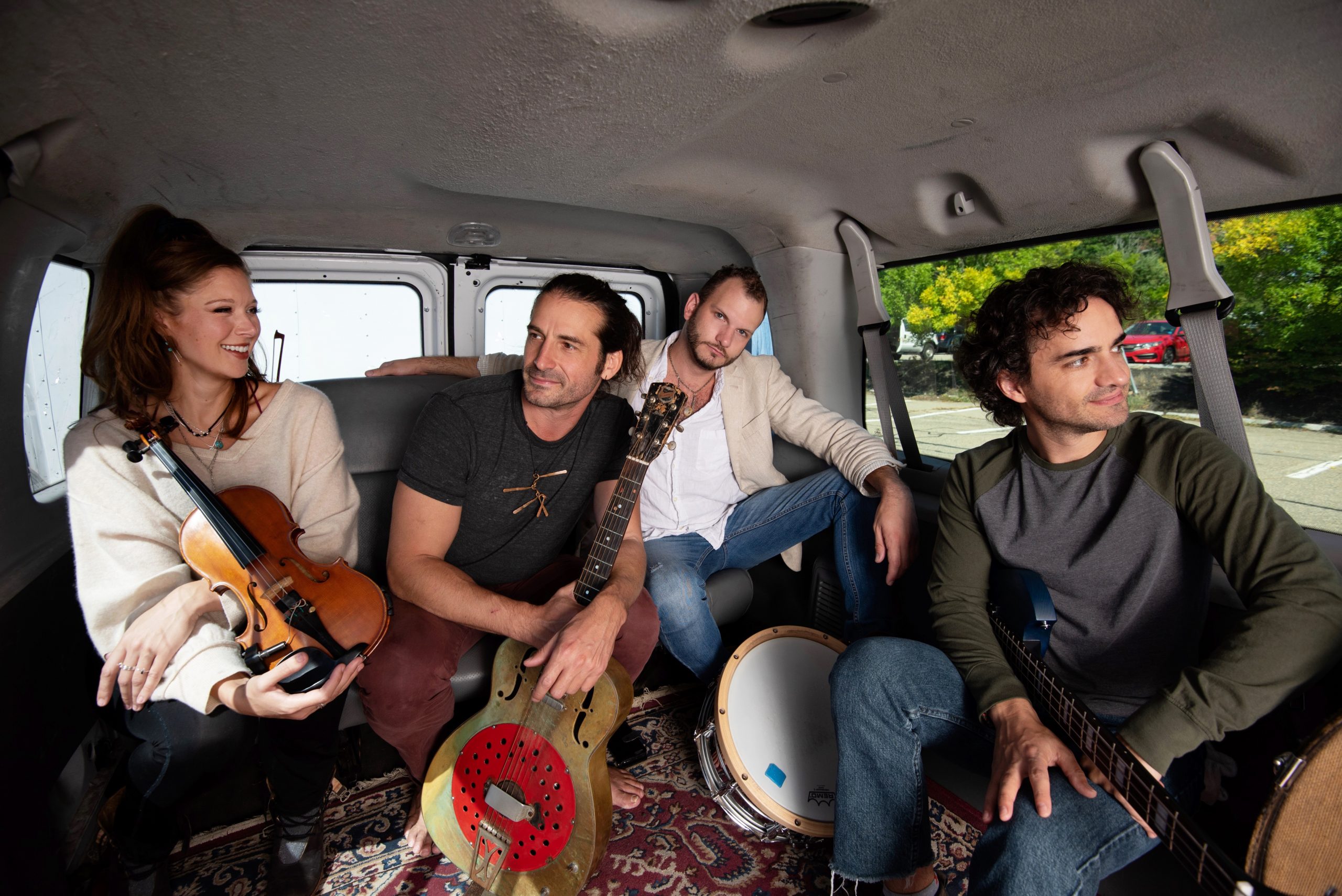 Working outside the confines of the traditional music industry, Adam Ezra and his bandmates – Corinna Smith (fiddle), Alex Martin (drums), Poche Ponce (bass) – built a community of fans through sheer grit and determination, regularly performing hundreds of shows a year for the past two decades without any major label or mainstream radio support. Fusing folk intimacy and rock energy with soul power and pop charm, the band first emerged from Boston in the early 2000s and quickly garnered widespread acclaim for their bold, insightful songwriting and interactive, euphoric performances. From hole in the wall bars and house concerts to sold-out headline shows and dates with the likes of Little Big Town, The Wallflowers, Gavin DeGraw, Train, and The Wailers, Ezra and his bandmates treated every single gig like their last, attracting a die-hard following that believed not just in the music, but in their commitment to activism and social change, as well.

After their tour was cancelled at the beginning of the COVID-19 pandemic, Ezra brought the show online to continue this commitment and created The Gathering Series which to-date has reached a cumulative audience of 15 million viewers. The bands ongoing daily livestreams since March of 2020 stands as a testament not only to Ezra’s artistic endurance, but also his ability to connect with viewers and provide an accepting and supportive space for newcomers to join his tight-knit community of fans. Through his own experience with COVID, his move across the country, and even his wedding day, Ezra has
broadcasted without fail from wherever he found himself each night at 7pm Eastern. In addition to bringing The Gathering Series to the real world as they performed nearly 50 safe, socially distanced shows in parks and backyards around the United States to bring light to fans through music, the band didn’t stop there. Their homegrown festival, The Ramble, hosted by RallySound, raises money and marshals resources to help homeless veterans find safe and dignified housing for the last ten years. While the band was unable to bring the festival to fans live in the year of COVID, they instead incorporated it into The Gathering Series and hosted a 24-hour, nonstop livestream where they raised enough money to help house 64 veterans.

The Adam Ezra Group hit their 500 th Live stream show on July 25 th , 2021. They have also played an additional 50 backyard socially distanced shows, and are starting to tour heavily again in traditional and outdoor venues. As if this wasn’t enough to keep them busy, the band also embarked on an ambitious new recording series dubbed ‘The Album Project’ which will see the band releasing at least 19 new singles over the next few years. What comes next for the Adam Ezra Group? The future is anyone’s guess right now, and the only thing the Adam Ezra Group knows for sure, is they’ll be out there making music however and whenever they can.

The Belkin Family Lookout Farm in Natick, established in 1651, is one of the oldest continuously working farms in America. Sited on 180 scenic acres, patrons will be seated at spaciously distanced picnic tables that are sanitized between use. Guests can enjoy farm-crafted beer, hard cider, and New England cuisine while enjoying a live concert by The Adam Ezra Group.