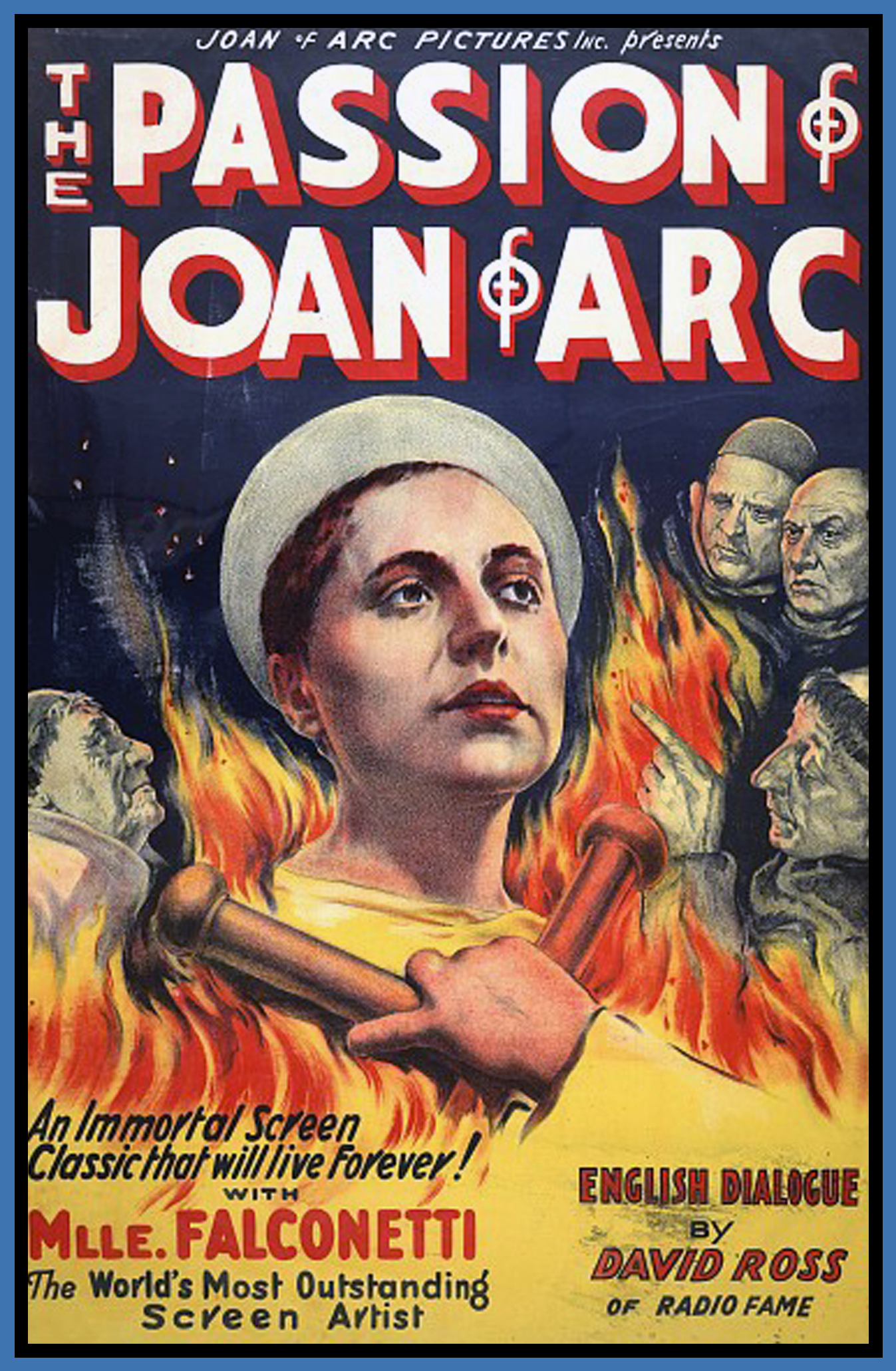 Rediscovered silent religious drama to be shown at Natick Center for the Arts on Sunday, Feb. 21

‘The Passion of Joan of Arc’ (1928), long thought lost until a copy was found in Norway, to be screened with live music

A ground-breaking European feature film—considered lost for decades until a copy surfaced in Oslo, Norway—will return to the big screen in December at the Center for the Arts in Natick.

‘The Passion of Joan of Arc’ (1928), a film noted for its innovative camera work and an acclaimed performance by actress Maria Falconetti, will be screened on Sunday, Dec. 13 at 4 p.m. as part of the Center for the Arts Silent Film Series.

Live music for the movie will be provided by silent film accompanist Jeff Rapsis.

Directed by Denmark’s Carl Theodor Dreyer, ‘The Passion of Joan of Arc’ chronicles the trial of Jeanne d’Arc on charges of heresy, and the efforts of her ecclesiastical jurists to force Jeanne to recant her claims of holy visions.