Johnny A: Just Me…and My Guitars 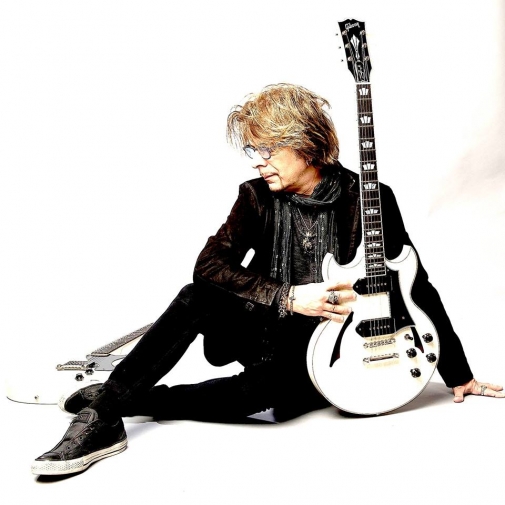 Never content with complacency, and always up for a challenge, Johnny again takes an adventurous musical left turn to present his distinct, instrumental guitar approach for the very first time in a completely “solo” intimate atmosphere.

With strong emphasis on melody and arrangements from the British songbook of the 60s, he will be bringing his fluid guitar style to select venues all across the United States for 2018.

The evening promises to be a very special “living room experience” with some of Johnny’s favorite songs and stories all of which have molded him into the musician and person he is today.

Lots of folks throw around the phrase “let the music do the talking,” but only a few have the fortitude to really do it – to just go out there and play, shunning flash, shrugging off image and reeling in the listener on the strength of the songs alone. Johnny A. is that kind of performer. For the better part of three decades, the Massachusetts-based guitarist and bandleader has proven himself capable of generating heat at venues from working-class bars to international amphitheaters – and every sort of venue in between. And when the house lights are turned up, he’s just as adept at captivating serious students of the six-string with a virtuosity that earned him the rare honor of having his name placed on a signature Gibson® guitar.

From 2004 to 2018, Stu Kimball was a member of Bob Dylan’s band, sharing stages with such musical luminaries as Willie Nelson, John Mellencamp, Jack White, Foo Fighters, Kings of Leon, Elvis Costello, Mark Knopfler, Wilco, Mavis Staples, Merle Haggard and Patti Smith during Dylan’s legendary “Never Ending Tour.” Stu ultimately strapped on his guitar for 1,323 Dylan shows, the most that any guitarist has ever played alongside the iconic singer-songwriter. As a studio musician, Stu Kimball added his guitar talents to tracks by Al Green, Stevie Nicks, Diana Ross, Carly Simon, and other great artists.