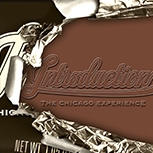 Introduction – The Chicago Experience replicates the raw sounds of the legendary band Chicago’s first 10 years. Traveling the East Coast and beyond, fans have compared ITCE’s musical execution and energy level to the early days of Terry Kath and the now infamous albums Chicago I through X. With careful attention paid to every musical and vocal nuance, they deliver what is the most memorable Chicago show of any Chicago tribute band in the United States and Canada!

Audiences have come to expect not only the songs that shot Chicago to the top of the charts, like “I’ve Been Searchin'” or “Saturday In the Park”, but deep cuts rarely ever performed live, like “I Don’t Want Your Money” and the complex “Introduction”. Mirroring four-part harmonies, guitar tones, and even stage plot, you will hear the raw, unleashed sounds of 1968 to 1978 in live stereo.