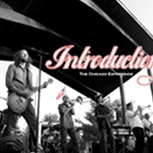 Chicago began in the city of its namesake, the dream of original members. Walt Parazaider, Terry Kath, Lee Laughnane, and Danny Seraphine, sought to create a rock band with a dynamic horn section integral to the melody, a fusion of their jazz and rock roots. Sewn in Parazaider’s apartment were the seeds of what would become one of rock and roll’s most enduring and successful collaborations.

What Introduction brings to it’s audience is not only the tremendous catalogue of Chicago’s early music but a reminder of the times and events that shaped their lives and their writing.

Audiences have compared Introduction’s raw energy to the early days of Terry Kath and the now iconic albums CTA through X. The Chicago Experience, pays very careful attention to every musical and vocal nuance, to deliver what is the most memorable Chicago show of ANY Chicago tribute band in the United States and Canada