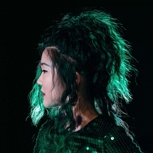 An unequivocal musical prodigy, singer-saxophonist-songwriter Grace Kelly has rocked the jazz world with sold-out concerts, 12 acclaimed albums and a resume that includes performing at Carnegie Hall and as part of the house band for “The Late Show With Stephen Colbert” – all before reaching her mid-twenties. With Kelly releasing two new video albums in 2018, the versatile young performer now returns with an all-new show that will appeal to jazz enthusiasts and newcomers alike.

Take what you think about jazz, what you know about some funk, and what you’ve heard about singer-songwriters, then mix it with some R&B and an electro dance beat. Together, this melds into Kelly’s energizing and uplifting show. Performing her fresh, playful musical stylings, Grace’s infectious positivity and charismatic stage presence bring a smile to everyone.

Touted for her scorching saxophone stylings and purring vocals, Kelly has performed and recorded with renowned artists including Lin Manuel-Miranda, Dave Brubeck, Huey Lewis, Harry Connick Jr., Gloria Estefan and Wynton Marsalis. She performed at President Barack Obama’s inauguration, and has performed over 800 concerts in over 30 countries, including at leading venues like the Hollywood Bowl and the Kennedy Center.

She has also appeared as a featured performer in films and television, including acclaimed documentary “Sound of Redemption: The Frank Morgan Story” and Amazon’s Emmy-nominated original series “Bosch.” Kelly has won multiple ASCAP Composer Awards, Boston Music Awards, International Songwriting Awards, and is the Grand Prize Winner of the 2018 John Lennon Songwriting Contest.

Offering a contagious exuberance on stage, Kelly will captivate audiences as she performs new songs from this new album GO TiME: Live in LA : her 13th CD and the third video album in the GO TiME series.

Preferred seating along with access to a 20 minute Meet & Greet before the show with a professional photographer available to take a pictures of a ticket holder with Grace, a reception in the green room with Grace, and a goody bag of $40 value with a signed latest CD ( GO TIME: Live in LA) plus Grace Kelly t-shirt or hat.