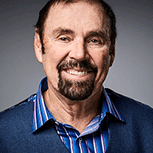 Born in Charlestown, Steve Sweeney is a legendary Boston comedian known as a master of dialects and character voices. With his famous Boston accent and great insight into human nature, Steve is so thoroughly Bostonian that he merits his own stop on the MBTA Green Line. Steve learned his craft at the world famous Ding Ho Comedy Club, where he performed with Lenny Clarke, Denis Leary, Jay Leno, and more. He has been a featured on major television shows including David Letterman, Evening at the Improv, Comics Come Home, and Comedy Central, and starred in his own Boston-based sitcom, Park Street Under. And he has appeared in many Hollywood films such as There’s Something About Mary (1998), Me, Myself & Irene (2000), The Equalizer (2014), Sweeney Killing Sweeney (2018).