Author’s Talk: Little People: Learning to See the World Through My Daughter’s Eyes 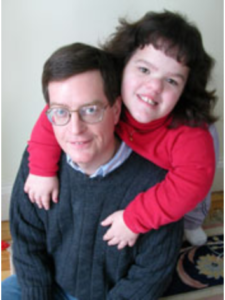 Join Dan Kennedy, author and panelist on WGBH’s Beat the Press speaking about his personal experiences and book, Little People: Learning to See the World Through My Daughter’s Eyes.

A week after her birth in 1992, Dan Kennedy’s firstborn daughter was diagnosed with achondroplasia, the most common type of dwarfism. Reassured by doctors that Becky would have normal intelligence and a normal life span, Dan and his wife, Barbara, quickly adjusted to the reality of her condition. What wasn’t so easy was grasping people’s attitudes toward those with physical differences.

In Little People, award-winning journalist Dan Kennedy explores historical perspectives and experiences of dwarfism, his learning about the dwarf subculture and caste system that exists. He’ll also discuss the aspects of medical screening procedures, or designer genetics. While it is true that there has never been a better time for those who are outside the mainstream, whether one is wheelchair-bound or mentally challenged, it is also clear that most parents do not wish these differences for their own children. Kennedy argues that there is a cultural value to preserving differences, and that eliminating them may harm society in unpredictable ways.

Dan will leave time for Q & A and Dan Kennedy’s books will be available for purchase.